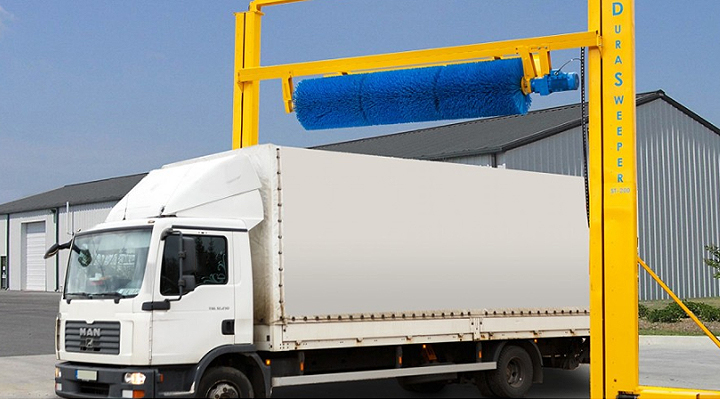 Save more than 100 thousand euros with Durasweeper during winters

Every year during a winter season truck fleet and other commercial vehicle owners lose a huge sum from their account. To operate a fleet of trucks is expensive. One of the biggest challenges is downtime. Whether its an accident,  technical issues, or a need to clean snow from the rooftop of the trucks & trailers, downtime is unavoidable.

These direct costs are high during the winter season in places where there is high snowfall. Downtime means the time when a particular vehicle is idle and not on the move due to some problems. In fact, downtime costs an average of 448€ to 760€ a day, per vehicle, and those figures add up fast. Direct cost such as maintenance, fuel consumption, drivers cost, etc., is not all that fleet owners experience.

Truck fleet owners often do not think about conditions for downtime such as recalls, booted vehicles, traffic, and weather. While some reasons can be avoided, others, like the weather, can’t be controlled. Often owners forget to look at how much company is loosing while the truck is down and non-operational due to snowfall and snow accumulation on the roof of truck & trailers. In a situation like this,  companies often subcontract another company to clean the snow from the roof or the drivers use their precious time. This is a direct cost for the company. However, there is much more to that, time that is spent on cleaning trucks cost company dearly. The time that can be used to earn a profit. How much does that cost to the company? Those numbers can be impressive starting from lost agreement and customers to simply calculate how much a company could earn if the truck would be operational instead.

Downtime cost due to snowfall can be easily eliminated by drastically decreasing the time for cleaning snow accumulated on the rooftop of trucks. However, the majority of companies are cleaning snow manually, that takes app. 30 min to clean one truck. Every winter season, a fleet owner that owns 100 trucks spends approximately 116 thousand euros on cleaning accumulated snow from the roof of trucks & trailers.  These costs are the amount they spend on hiring manual labor for removing snow from the rooftop of trucks & trailers.

In general, the operating budgets of fleets are tighter today than ever before. Time for cleaning snow, instead of on the road, can mean lost sales and less face time with customers, resulting in a hit to the bottom line. More often than not, the costs of downtime can be avoided if the right measures are taken. While some factors of downtime are beyond anyone’s control, managing the best you can and understanding costs associated with downtime can help keep your fleet and drivers productive.

So how can truck fleet owners cut down the expenditure, reduce downtime to a significant value and increase profit?

Durasweeper provides the fastest and safest snow removal system in the market. This system helps to increase the percentage of time vehicles are in use and ensure that a fleet runs efficiently. Durasweeper is a key to saving money & earning a profit by helping to keep a fleet up and running.  Just by a push of a button, the entire show from the rooftop of trucks or trailers can be removed in less than a minute. Also, its the cheapest solution for snow cleaning and many truck owners are already saving thousands by it.

Durasweeper can cut down the downtime to approximately 90% and save an immense amount of money to owners in a single season. Durasweeper also can assist with compliance issues that include both government-mandated and individualized corporate policies. Ensuring the vehicles in your fleet meet regulations also can help decrease downtime.

So it’s time to spend your money wisely and provide your company with much time and cost-efficient solution. Thanks to Durasweeper it has been possible now and available at your disposal.