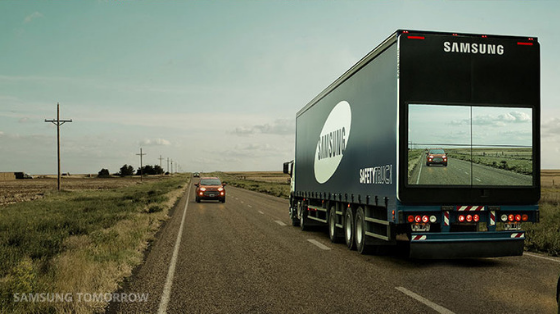 2018 – The modern and and monster trucks

Trucks are considered to be the backbone of the logistics sector. Its true that the longest routes are taken by the ships and flights, but when on land, trucks take care until the end point. According to statistics in Europe, an average transportation truck covers more than 600 kms in a day. That makes an average of more than 200000 kms a year for a single truck. Most importantly, they cover some of the roughest, coldest and longest terrains in the world.

Hence companies and industries are trying to make the journey for the drivers more comfortable and safer. From Volvo to Mercedes to Ford to Nissan, everyone have been showing progress in the truck modernisation sector. Even tech giant like Samsung have been in the front seat to improve road safety and experience.

The new F-Max, produced by Ford Trucks, has been elected International Truck of the Year for 2019 by a jury of 23 commercial vehicle editors and senior journalists, representing 23 major trucking magazines from throughout Europe. The prestigious award was handed over to Haydar Yenigün, Ford Otosan General Manager, during the press day of the IAA Commercial Vehicle Show in Hanover, Germany.

With a winning score of 126 votes, the new F-Max heavy-duty tractor fought off the challenges posed by Scania’s recently-launched L&P Series and the FH/FM truck range powered by liquefied natural gas (LNG) from Volvo Trucks.

The key features of the new long-haul cab, which offers a comfortable, ergonomic, user-friendly working and living environment, with a flat floor, a width of 2,5 m, an interior height of 2,16 m, excellent storage capacity and cockpit-style dashboard featuring a digital instrument cluster (which is both easy to read and navigate). Jury members also commented favourably on ConnecTruck, the connectivity platform of the vehicle.

MAN Truck & Bus has won the inaugural Truck Innovation Award for 2019 in recognition of its aFAS Level 4 automated driverless safety truck. This sought-after trophy is being awarded by the International Truck of the Year (IToY) jury, a group made up of commercial vehicle editors and senior journalists, representing major trucking magazines from Europe and South Africa.

No, this isn’t some strange excitement based activity intended to make the lives of trailing drivers less upsetting by screening the entertainment of TV shows to help take a break, however pondering it, that probably won’t be such an awful thought.

Rather, Samsung’s thought centers around enhancing street security, especially along two-path streets where eager drivers can settle on poor decisions when surpassing moderate trucks in front.

The technology involves fitting a wireless camera to the front of the truck that provides live-view imagery to a giant four-screen display – Samsung made, of course – fitted on the back.The setup lets a trailing driver clearly see what’s coming the other way, enabling them to make a more informed decision about whether to overtake or hang back.

Being the toughest, safest and the most comfortable on the road is a priority for all the truck owners and drivers. But before they hit the road, there are some really important steps to prior the journey. Specially during the winter season, it’s important to prepare your trucks before the journey begins.

Hence with the help of Duraweeper, you can clean all the snow accumulated on your trucks. Most importantly, in minutes, easily and just by the push of a button. No, more excess weight on your tires due to the snow stuck on the roof and spending hours to remove it. Durasweeper.eu provides the most innovative, cheap and fastest solution for snow removal in Europe.

Visit the website now to know more and get prepared for the snowy winters.