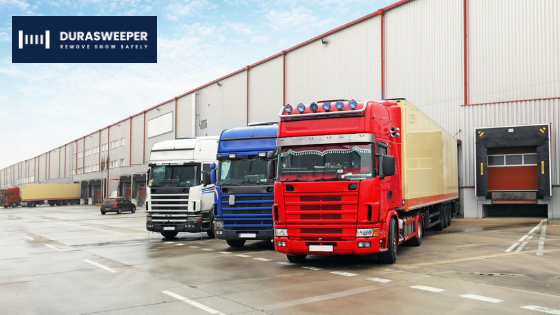 How to increase your truck fleet productivity?

It’s never too early to start planning or as an old proverb says “Prepare a sleigh in the summer, and a cart in the winter”.

The recognizable phrase holds true for almost every situation — especially when it comes to operating your trucks in the winter time. Preparing for the colder season means getting things set for your fleet in a good time. It’s imperative to stay organized and prepared ahead if you want your fleet to survive the harsh winter season. Although spring has started this is a time to start planning.

In the past 20 years the trucking industry experiencing a drastic change in competitive forces.   Competition is extreme and influenced longer hours and lower wages and greater risk to drivers health and safety. The competition also forced carriers to innovate and implement new technologies, especially information technology.  Various truck technology improvements have led to greater safety like anti-lock brakes and collision avoidance technology. The greatest changes have come from the introduction of information technology. Carriers use sophisticated routing and scheduling programs to increase the efficiency of their dispatch systems that influence the efficiency with which they use labor. Computing systems allow carriers to process information efficiently and maximize their use of resources. Telecommunications devices have made it possible to communicate with the truck and driver, monitoring both the truck’s mechanical activity and location as well as driver practices.  Carriers can attempt to provide nearly real-time information management, overcoming one of the greatest transportation problems.

However, the basic working process has not changed greatly, and one of the winter challenges such as clearing snow from the rooftop of trucks & trailers remains manual for many drivers. Manual cleaning of snow even more influence drivers harsh daily working conditions that are already risky, at the same time decreasing fleet productivity during the winter season. Days are already shorter, longer nights and weather conditions making an impact on drivers performance and productivity.

Decrease downtime, increase productivity and be ahead of competitors with new technology, Durasweeper!

Durasweeper provides the fastest, safest and cheapest snow removal solution in the market. Truck drivers or owners can enjoy the fastest on the market cleaning process just within 45 seconds the entire layer of snow can be removed from the trucks & trailers. ONLY 45 SECONDS!! Manual cleaning of snow can take up to half an hour or longer for a single truck & trailer. This manual cleaning time considered as a truck downtime for the carrier companies.  Downtime affects the company’s productivity and profit.

It is time to use a new advanced technology available in Europe and USA,  it is time to increase your productivity by using your precious time in earning a profit and keeping your trucks operational not grounded, and your drivers safe and warm in a truck.